This year, around Father’s Day, there was a flurry of articles lately on the topic of work life 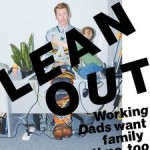 balance (or lack thereof) for fathers.   There were 3 basic themes:

1. Healthy interaction with fathers positively impacts the development of children.  (Let’s hear it for fathers!;  Fathers Play an Important Part in a Child’s Development)

2. Men are interested in being actively involved in parenting.  (Alpha Dads: Men Get More Serious About Work-Life Balance;  What Dads Really Want this Father’s Day)

Of course, working mothers have the same issues- with higher expectations regarding their role as parent.  Professional women are still asked about the impact their career has on their children.  I doubt too many men get that question.

Personally, I think the more attention paid to the topic the better.   Right now, there is a macho attitude about work that affects men and women:  the more time and attention you devote to work the better you are.  I’ve been there- ‘complaining’ (boasting?) about not taking a vacation in 10 years and working 85 hours per week on average.  The not-so-subtle message is that I’m so important the company can’t go on without me- and I sacrifice myself for the greater good.  In return, I earned big bucks and I liked that- until one day I woke up and realized I didn’t have much of a life anymore.  That’s when I left corporate America.

Since for now, the work world is a ‘man’s’ world… real change is unlikely to happen until men demand change.  It appears things are moving in that direction.  Let’s hope it continues.